The following is the first chapter in a story that Corey has been working on over the past couple months. Keep checking back for updates! 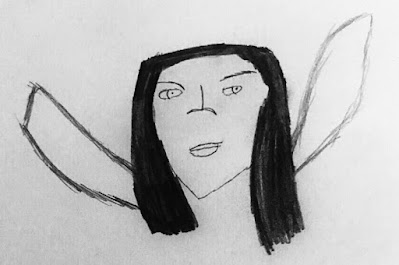 The sun began to rise high in the bright blue morning sky over a beautiful large forest. Trees stood almost 200 feet in height here, some even larger. On the ground, two young people were walking together slowly as they discussed the day’s plans. One was a beautiful young woman, who looked to be 20 years old, had skin the color of beach sand, deep ocean blue eyes, and long brunette colored hair that touched just above her waist. She wore a short flame orange dress that stopped at just below her kneecaps, a pair of emerald green dress shoes, and a small red flower in her hair. Around her neck, she wore a light blue necklace, which was in the shape of a diamond. Next to her, a young man, who was the same age as she was, began to talk with her. He had the same tone of skin as her, however his eyes were teal, and his hair was black and much shorter. He wore a formal looking red shirt, with a lime green tie in the center of it, long black pants that stopped at his ankles, and green dress shoes. He wore no flower in his hair, but he did have a similar looking necklace around his neck, except for the fact his was in the shape of a heart.

“No, not until we are certain THEY are nowhere near our home.”, was her response.

Suddenly, something strange caught the attention of the girl.

They ran over to it and stopped just before it’s entrance. It had a pinkish glow to it, and was in the shape of a circle.

“Funny. I don't remember that being here yesterday.”, he pointed out.

“Neither do I. Do you think it is some kind of trap?”, she asked.

“Could be. But I cannot help but wonder where it leads.”, he said.

“Ahhh, bright children indeed.”, came a female voice from behind the two.

They spun around quickly and saw a young girl, who looked to be the same age as the pair was, sitting in a tree above them. She had skin that looked like a morning sunrise, long bright flame looking hair that reached her waist, and deep devil red eyes. She wore a forest green dress that reached just below her kneecaps, pink dress shoes, and in her right hand, she held a silver staff with a gold ball on the end of it. She hopped down to confront the two.

“What do you want from us this time, Zoe?”, the girl asked in annoyance.

“What it is I normally want: your people to surrender to our power.”, Zoe responded with an evil look in her eyes.

“Forget about it Elve. The only way your people shall terrorize this world is over our unliving bodies.”, the young man threatened.

“Oh, I am truly nervous now. I suppose next you shall inform me your father or mother is coming?”, Zoe responded.

“Enough talking. You can either leave unharmed, or we can do this a more difficult way.”,the girl threatened this time.

Her diamond suddenly shimmered and wings grew from her back, revealing her to be a fairy. The necklace on the young man's neck did the same, and he too grew wings. Zoe was the first to attack by blasting a beam of pink energy from her staff, which the two quickly dodged. She swung her staff while blasting energy again, this time at the girl, who flew to escape it. The man shot fire beams from his hands, knocking the staff from Zoe. She quickly shot a green beam of energy from her hands at a nearby bush, which suddenly came to life and attacked the young man, tossing him to the ground. As the girl and Zoe continued to fight, the girl knew she needed to get out of there quickly. There was no way she could defeat the Dark Ruler alone. She was now cornered in front of the portal.

The girl decided she would need to make a desperate decision as she looked back at the portal.

She quickly leaped into the portal as Zoe grabbed her staff again and slammed it into where the girl was as she vanished, destroying the gold looking ball of energy. As she looked up in anger, she turned her attention to the young man, only to see he had vanished from sight.

“You may have escaped this time Fairies, but you cannot hide from the Dark Elves forever!!”, Zoe yelled in frustration.

She then teleported to her realm using telekinesis and was gone in a flash.

I wanted to make these drawings because it reminds me of springtime. In the spring time, I go around in my neighborhood for a walk, taking pictures of my neighbors' gardens. It reminds me how much I care about all the people who have to stay home because of the corona-virus.

People can use my guide so that when they go walking in their own neighborhood, they can recognize flowers that they did not know about before.

#1 Lilly - I think this flower is pretty, it reminds me of memories of family.

#2 Tiger Lilly - I like the bright colors of this flower! It reminds me of night time.

#3 Dandelion - Dandelions are a pain in the butt to pull out of the ground, they come in my yard every year. I like the way that they look but I…
Post a Comment
Read more

April 24, 2020
Welcome to the latest Edition of Sunny All Day News! Unique times call for unique solutions;  this issue will be a updated live in the form of a blog. We hope that this format will allow us to publish the same level of material you know and love from Sunny All Day News in a more accessible way during the current global crisis.

Sunny All Day News is all about sharing our perspectives. And now, that feels more important than ever. All around the world people are feeling cut off from their communities; our social isolation measures are causing real emotional isolation as well. Together we hope we can fight back this feeling through building an online community of contributors and readers. I personally invite you to be a part of this experiment, to provide feedback and to get involved.

Our magazine is meant to embody the Good News to be found all around us. Through art and writing, we create a representation of our world that reflects what we are interested in, what we are proud of, and …
Post a Comment
Read more

May 06, 2020
Over the past two Wednesdays a group of highly creative individuals have been creating a fantasy realm all their own. Over the coming weeks we will be starting a series of updates from that world called "Dispatches from the land of Garthunder".

In the first installment we will give you a glimpse into a popular travel guide to the land of Garthunder. The book was discovered recently in a bin by the side of the road leading out of the city of Uramus.

Stay tuned for more dispatches from the land of Garthunder!