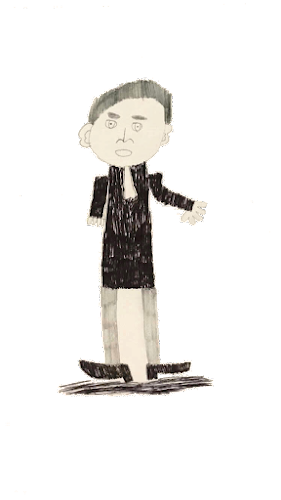 Meanwhile, in a small town, a young man was just finishing his work day. He looked to be no older than 20, and had a pale looking skin tone. His hair was short and looked like the night sky. His eyes had the tone of chestnuts, almost glass looking in the bright early summer sun. He wore a charcoal looking suit which reached his waist, and a tie that looked the same as the sea. On his legs, he wore pants that looked as if he wore ash on his legs instead. His shoes matched his suit to complete his outfit.

“Well, that’s a wrap people. Go home and we’ll go at this again next week.”, came the boss’s voice over his desk speaker.

Upon hearing this, the man was quick to gather his belongings, and was now on his way home. These included a notebook, small bag of pens and pencils, and a thermos of which he kept his drinks in during the day.  He didn’t live very far from the office he worked at, and since it was Friday, he was in no rush for anything. But before he left, his boss stopped him on the way out. She looked to be slightly older than he, no older than 30, and had blood red hair that reached the middle of her back, however today it was tied back in a ponytail. Her eyes were a pale green color, and glistened as the office light caught them from above. Her skin was the same as his. She wore a blue office style dress the reached her ankles, red dress top, and a thin grey coat that covered her shirt. She wore sunglasses upon her forehead.

“Hi Ben, I just wanted to let you know I really enjoyed your recent book. I found it really interesting how you made every character, including your villain likable in so many ways.”, she told him with a gentle smile.

“Thank you Jackie. I figured people would be able to relate better to a character they share something in common with rather than one they hate I suppose.”, Ben replied.

“Well, if you're up for it, I have another assignment for you to try: I want you to come up with a good story about mythical creatures. Something that’ll really peak the interest of adults and children alike ya know?”, she explained to him.

Ben looked a little shocked by this request.

“Well you and I both know I love to write just about anything, but why such an unusual request? I mean don’t ya think that stuff might be a bit too childish for any adult to enjoy?”, he asked curiously.

“Well I don’t think it sounds that way honestly. Frankly I think we need more fantasy related stuff on the market. Trust me on this one Ben, we could all make out big time if this story is anything like you’ve written for us before. Here, I’ll tell ya what, you take the weekend to think on it, and let me know if you wanna do it when you come in on Monday alrighty?”, she suggested.

Ben thought about this offer. Normally he would never think to turn down an offer to write, but this didn’t seem like his style. Still, he had to admit the money might actually be worth it if he could write it correctly.

‘“Ok. Alright, ya know what, I think that’s exactly what I’ll do. I’ll have a solid answer Monday.”, was his best response. He still wanted to really think it through before he made any rash decisions.

With that, the two parted ways and said goodbye, and Ben began to walk home.

He decided he would take his time as he walked today to do some thinking.  As he was walking, however, he was stopped by a young girl, no older than himself. She had skin that looked like beach sand, beautiful eyes that matched every sea out there. Her hair was long, reaching just above her waist, and was shiny brunette. The dress she wore looked as if she wore flames upon her body, stopping at just above her kneecaps. Her shoes looked like emeralds had been glued to her feet. In her hair, she wore a beautiful red flower. The last thing he noticed was a shimmering diamond necklace around her neck. She was unlike any girl he had seen around town before.

“Greetings. I apologize for perhaps sounding strange when I ask this, but would you be so kind as to inform me of my current location?”, she asked in a gentle voice.

Ben, while rather confused by the question, was much more shocked he hadn’t seen this girl around before. He knew almost everyone in town at this point, so this was a first for him.

“Uh, no. No, that’s not strange at all. This is Henderson Town, Florida.”, he responded as friendly as he could.

Cammy was shocked. Though she was relieved to not be in the Elf Realm right now as a trophy, being in the human world didn’t seem much safer. It had been years since her kind had even traveled here, let alone have an interaction with a human. She knew she’d have to be really careful to not reveal herself to this man.

“Oh, thank you.”, was all she could think to say, still in that same gentle tone.

“No problem. Say I haven’t seen you around here before, are you new or something?”, Ben asked her curiously.

“Well, no not really. Actually I am rather lost you see. I come from a place that is, well, rather far from here and am not sure how to get back.”, Cammy explained as best she could, without giving away her true colors.

“Really? Well, do you at least have a place to stay in the meantime?”, Ben asked, now a bit worried. He knew how some people would treat such a lady if they found her out here alone like this. He needed to be certain she at least had a safe roof over her head, despite just meeting her.

“Unfortunately, I do not.”, she said with a small sigh.

“Well, I know we’ve only just met and all, but I can’t just leave you out here. Would you like to come stay with me for a little bit? Or I can at least get you a hotel or something.”, Ben offered in a concerned tone.

“Yes. Yes, that would be lovely to stay with you. I truly appreciate your kindness. What is your name?”, Cammy asked with a small smile now on her face.

“Ben. Ben Hankerson. But, feel free to just call me Ben.”, he responded.

“It is a pleasure to be introduced to you Ben. You may call me, Cammy.”, she said.

When Ben went to shake her hand, he was surprised to find she just hugged him lightly instead. The two then began to walk to Ben’s house. This was definitely the strangest Friday afternoon he had had in a long time. 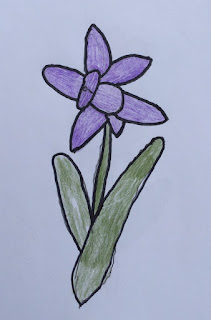 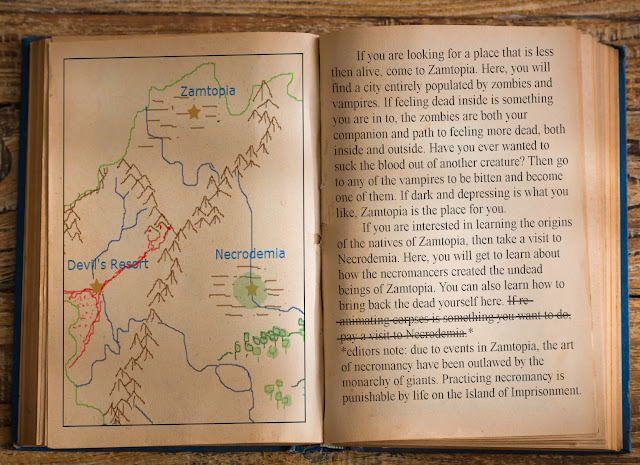